‘In Issue 13 of The Piano Teacher, we were fortunate to talk to David Lockett, the Principal Consultant for the AMEB’s piano syllabus review. He outlined some aspects of the syllabus review process as well as innovations proposed for the new piano syllabus, which was launched in November 2018. Now, we hear from another member of the consultant team, Angela Turner, for her insights into the review process.’

As David Lockett discussed in Issue 13, the opportunity to review and reshape a piano syllabus does not arise often. It has been a privilege to work as part of the consultant group with David, Helen Smith, Glenn Riddle and later Jeanell Carrigan, to openly discuss every element of the syllabus, to see where improvements could be made, and ideas refreshed. The current syllabus served generations of Australian piano teachers and students, so the task of shaping a new syllabus to serve into the next decade was not taken lightly. Each consultant took primary responsibility for one component, and I was pleased to be asked to review the Level 1 (Preliminary to Grade Four) manual lists, and to make selections for Series 18.

To start the review, every work (in print) on the Level 1 lists was sourced, played, and briefly analysed for my own records. I made notes about the technical skills required, compositional and stylistic aspects, keys, duration, pedalling considerations, musical and maturity demands, unique learning experiences, as well as other considerations (too numerous to list). This stage took the better part of six months to complete, but provided invaluable insight moving forward. There was much appreciation of the work of previous syllabus and series contributors who had provided a strong foundation, particularly with regards to standard repertoire and Australian composition.

A similar process was applied to review works from possible new publications and composers for inclusion. This was another opportunity to take stock of just how much fantastic repertoire has been published or come to light in the last decade or so. One of the particular challenges in Level 1 was working through the sheer quantity of quality materials. There would be no way that one could cover absolutely everything out there, but the number of times I caught myself thinking, “I just need to look at/order one more score before deciding…”, meant that my ‘short’ list was actually very long. It was motivating, and immensely nourishing, to discover gems that were relatively unknown, that one could knowingly share with other teachers and students for a generation to come.

The AMEB arranged visits to various publisher warehouses, including Devirra Music in Sydney, Hal Leonard Australia and Encore Music Distributors in Melbourne, as well the Australian Music Centre and the AMEB’s own federal library. Wirripang were also incredibly responsive to my many emailed requests for works. Each of these organisations willingly sent boxes of materials home so I could spend more time playing and analysing. I might have otherwise lived within the shadows of sheet music warehouses for some time.

It is difficult to state exactly how many pieces were reviewed and considered in determining the new Level 1 manual lists and Series 18, but a guestimate would be over 30,000. This included, sadly, many fabulous works that would have been too long within the time limits of an exam, or had an element or two outside of reasonable demand for a grade.

From those thirty-or-so-thousand pieces, about 2000 works were flagged as possibilities for the manual lists or Series 18. They were scrutinised again to reduce this to about 1000. Looking at the combination of existing list items, the balance and sequencing of skills, characters, styles, keys and so forth, further stages of refining and moderating took place, before finally settling upon several hundred new selections for the manual lists, noticeably expanding the offerings for Level 1.

In addition, a survey of presented repertoire was tallied by the federal office, through the analysis of approximately 2000 exam candidate slips. This was useful in identifying works in the existing lists/books that were incredibly popular, through to those rarely or never presented.

Items that were no longer in print, or largely inaccessible, were removed from the list. Several popular and pedagogically outstanding selections from previous AMEB series (which have been or are about to be retired) were added to the manual list. In a major review such as this, it is inevitable that some teachers will be disappointed about some removed items. Thankfully, those items can still be used until the current syllabus is phased out and as extras for years to come. I’m hopeful that there will be ample new favourites for everyone to consider.

In whittling down to arrive at the final 60 selections comprising Series 18, I worked closely with David Lockett to fine tune the selections. I was primarily looking for pieces that were engaging, clear in pedagogical purpose, and that would vibrantly communicate to students and teachers. We were keenly aware that there are different musical tastes and preferences to cater for, as well as a range of learning modes and experiences. It was an opportunity to represent composers of different backgrounds and styles, including the stalwarts alongside those lesser known. I was particularly pleased to have increased the number of works by female composers on their merits. It was also pleasing to see a few previously unrepresented Australian voices included in Level 1 materials.

Another aim was to attempt for a more uniform standard of difficulty across a single grade. Of course, there will always be a range of difficulties within a level, but when looking across the grade as a set, it became clearer that some items had a combination of technical or musical demands that existed beyond, or below, the majority of works for that grade. Some items were shifted to other grades accordingly or removed. Multi-movement work listings were removed, with some split and returned to the list.

On a purely practical level, entries proposed for the manual list were submitted in as user-friendly format as possible. Where feasible, opus numbers were added if the work was likely to exist in several standard collections, without dramatic variance between editions. Hopefully, this will help teachers to better be able to identify selections in other collections. At other times, most notably in the earliest grades, specific editions were listed where a version or edition was felt to be pedagogically appropriate.

Now, over a year-and-a-half after we began the review, the production process hits full speed, with works being recorded and print materials going through stages of layout and proofing. I’m looking forward to the launch of the new syllabus and to working with teachers to get the most out of the new possibilities. I hope that users of the AMEB piano syllabus will welcome the new options in Level 1, finding inspiration in the music to nourish their musical experiences for many years to come. 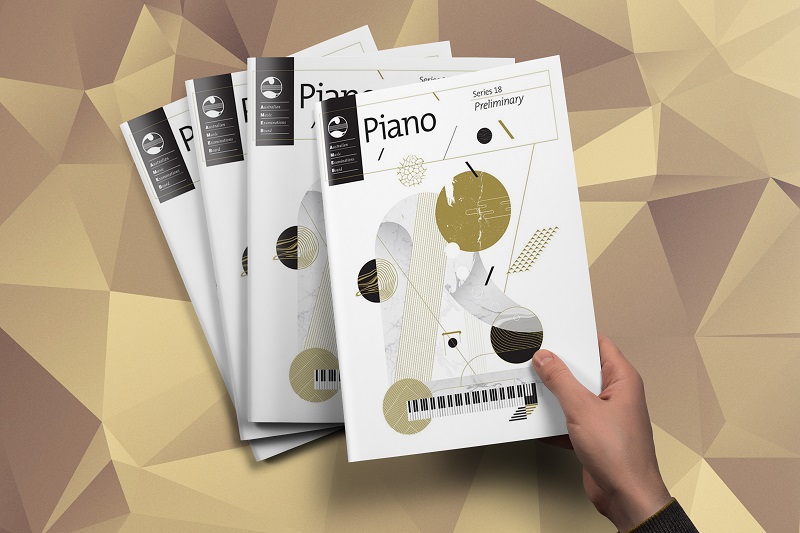 Read more about the new syllabus at https://piano.ameb.edu.au/

Written By
Angela Turner
More from Angela Turner
The current teacher generation may have adopted technology and in some cases...
Read More
0 replies on “Reviewing the AMEB Piano Syllabus”

About The Piano Teacher

The Piano Teacher was founded in 2011 to meet the increased demand for online resources for piano teachers in Australia and across the world. Powered by Hal Leonard Australia, TPT has grown from its modest beginnings to now becoming an invaluable resource for all piano teachers.

The Piano Teacher produces two magazines per year (free for subscribers), both in May and November – Sign up today and include your address so you get one in the mail.