The anniversary of the iconic Edition Peters Green Series

Hidden behind the iconic green covers of Edition Peters lies a story that is fascinating, complex, at times heartbreakingly tragic, but overwhelmingly inspirational. This year Edition Peters proudly celebrates 150 years of the green cover series and here is a short version of its remarkable story.

Edition Peters was founded in 1800 in Leipzig Germany, now known as the City of Music, due to its close ties with Johann Sebastian Bach, Mendelssohn, Reger, Schumann, Wagner and of course home to the world famous Gewandhaus Orchestra. 217 years later, Leipzig is a city still bursting with culture and immensely proud of its crucial place in the history of Western classical music. In the 19th century Leipzig was the centre of publishing and printing in Germany, and at the forefront of technological developments in this area, something which is still a focus of Edition Peters continued development.
During the first 66 years of life, the company had a succession of owners, and for a number of years was based in the ground floor of Mendelssohn’s house in Leipzig. By 1867 C.F. Peters, was partly owned by Max Abraham – a remarkable business visionary. Abraham was the first music publisher to adopt the new revolutionary rotary printing press, which radically reduced printing costs.

The new green Edition Peters series burst onto the market at a fifth of the price of any other other sheet music, in beautifully engraved and reliably edited scores. On day one, 100 titles were released. This universal library of music transformed the availability of sheet music to musicians around the world; it was now affordable. The first title was of course EP 1, J.S. Bach’s Well-Tempered Clavier – fittingly appropriate for the city of J.S. Bach. 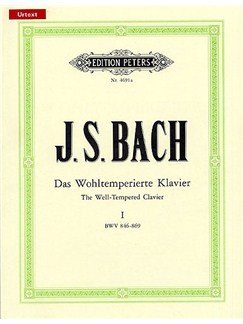 The success of Abraham’s vision was breathtaking. The Edition Peters green series was selling in unprecedented numbers for a music publisher in countries all around the globe. Abraham’s motto was Kürze ist Würze – Brevity is The Essence. And he certainly was a man to get things done. The releases just kept coming, and by 1877 we were up to number EP 1740a – Mendelssohn’s Songs Without Words. Over the coming decades all the core areas of repertoire, from Burgmüller piano studies to Lieder by Hugo Wolf and the major choral masterpieces from the great composers, were now available in the green cover.

However, Abraham was also a scrupulously fair and generous man. When Robert Schumann’s works came out of copyright and Abraham was about to release all his piano music, in 1881 he wrote to Clara Schumann, the piano virtuoso and composer’s widow, offering her a substantial financial gift. Abraham felt it unfair that she had not benefited fairly from her husband’s genius. She gratefully accepted.

“Abraham’s motto was Kürze ist Würze – Brevity is The Essence” 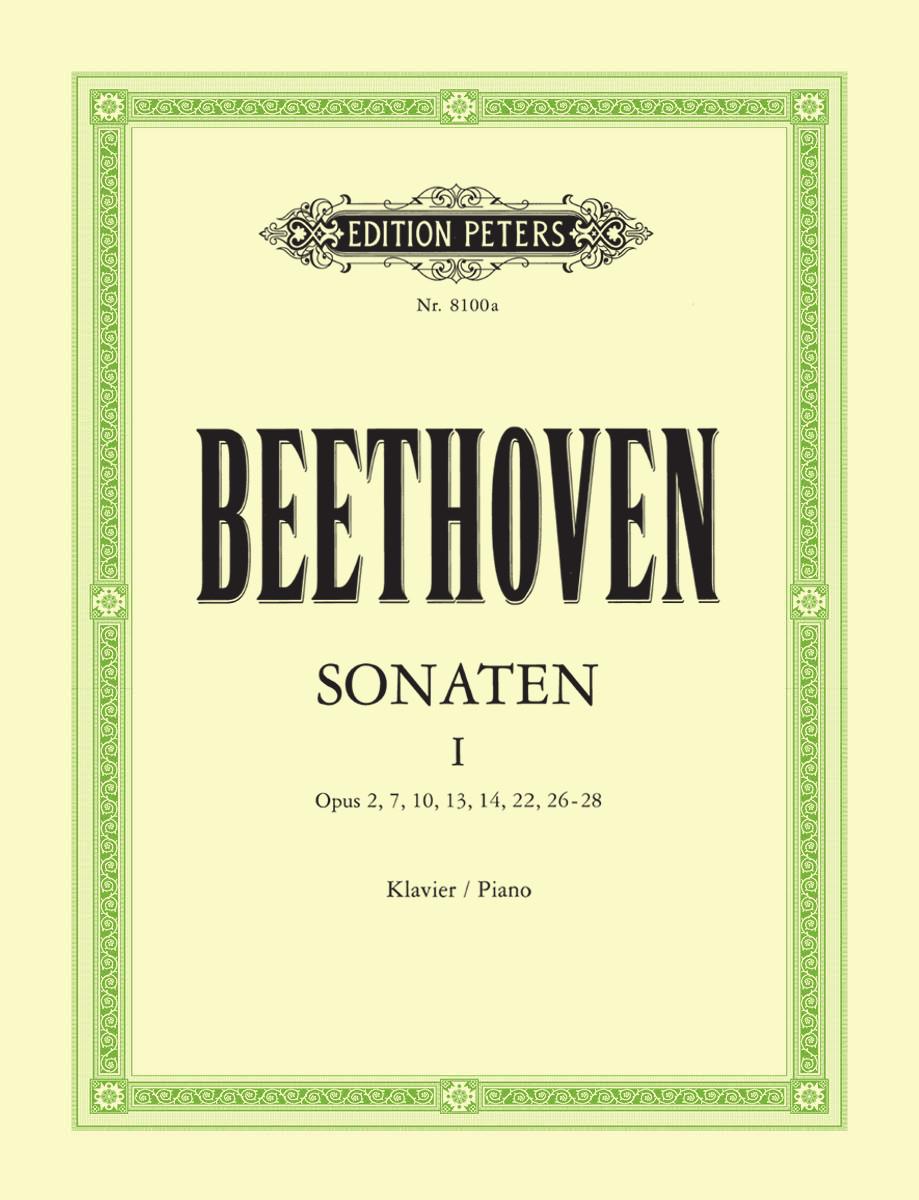 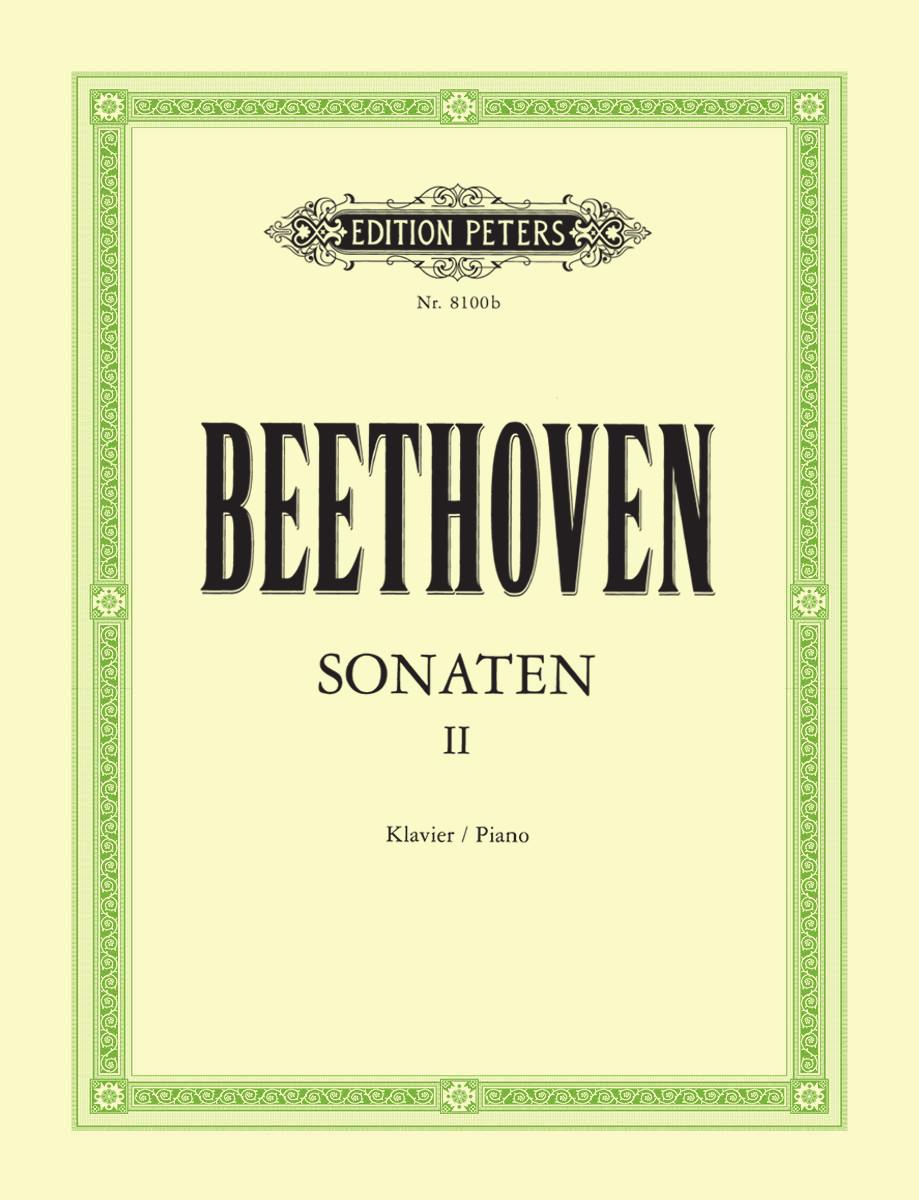 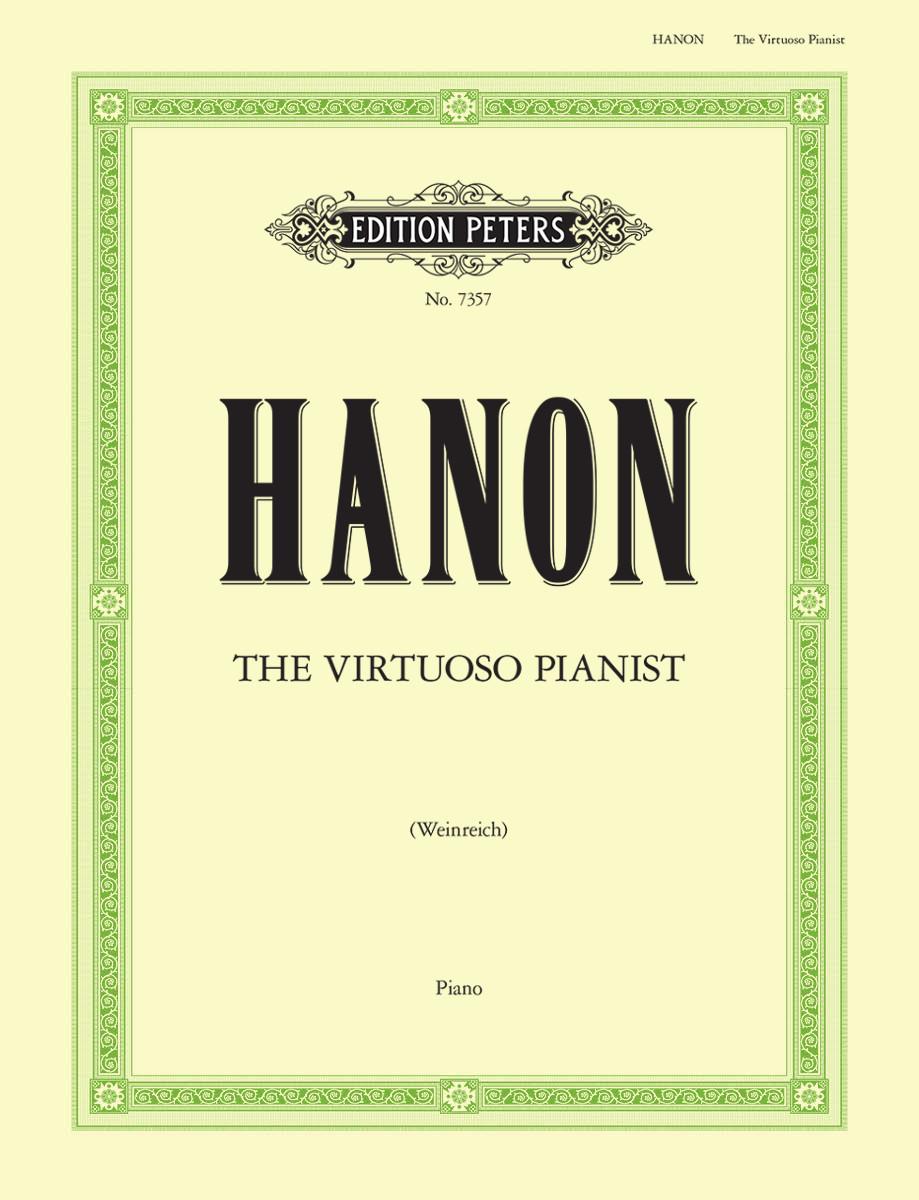 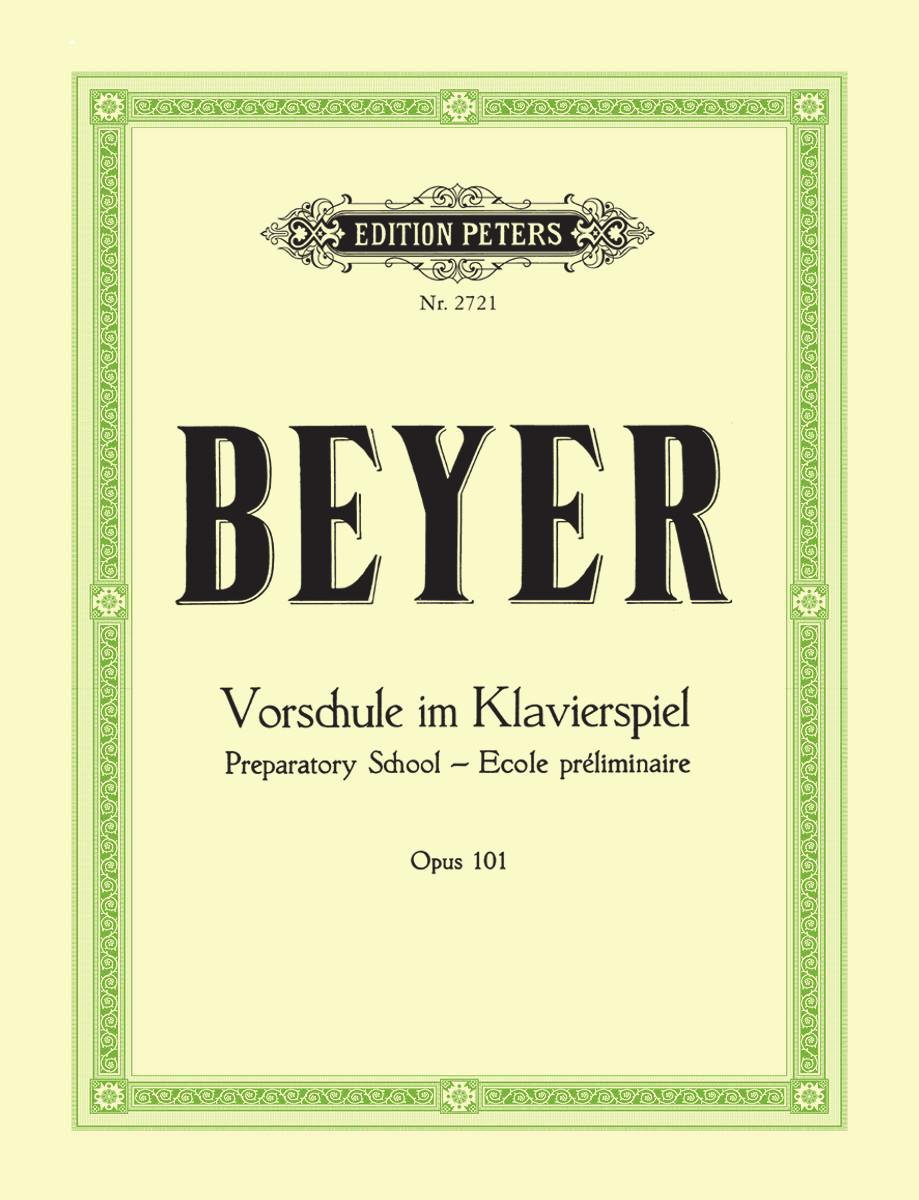 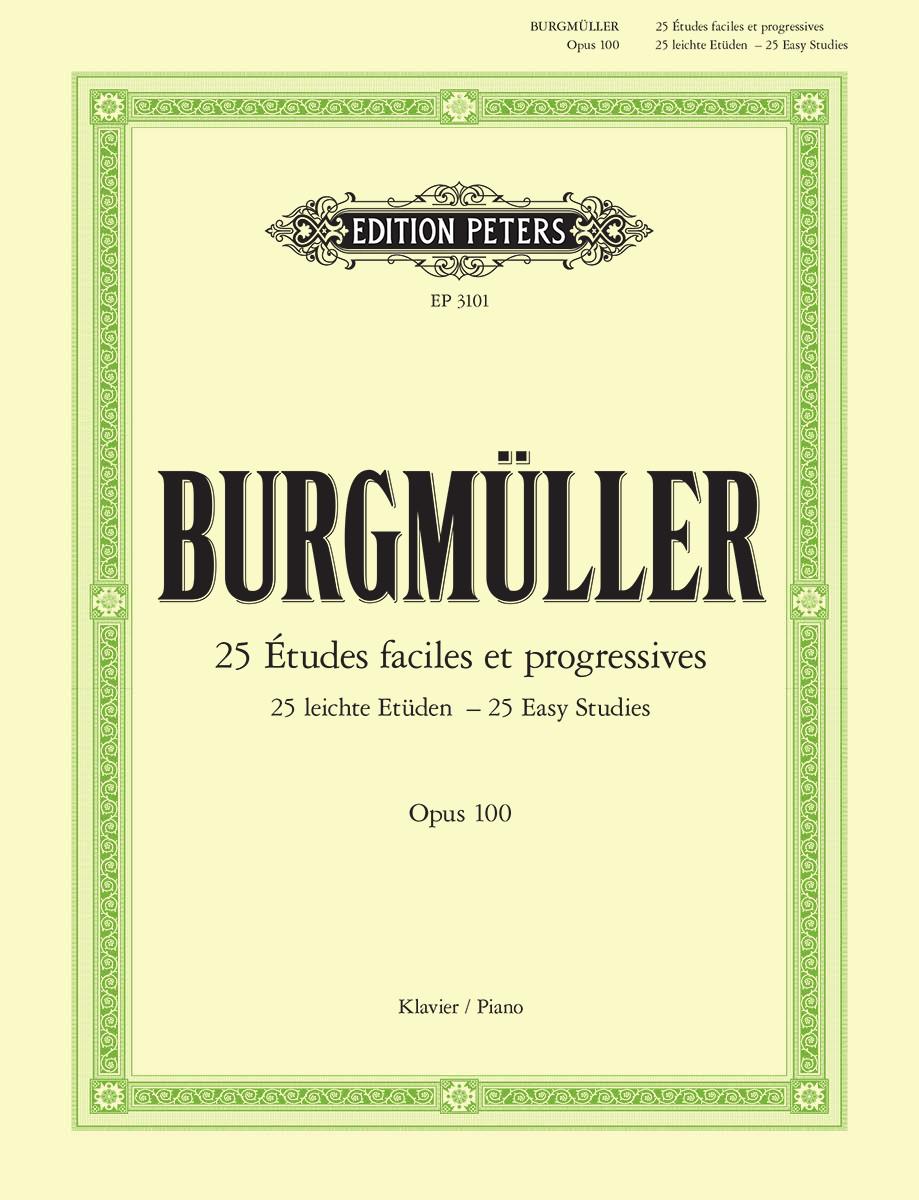 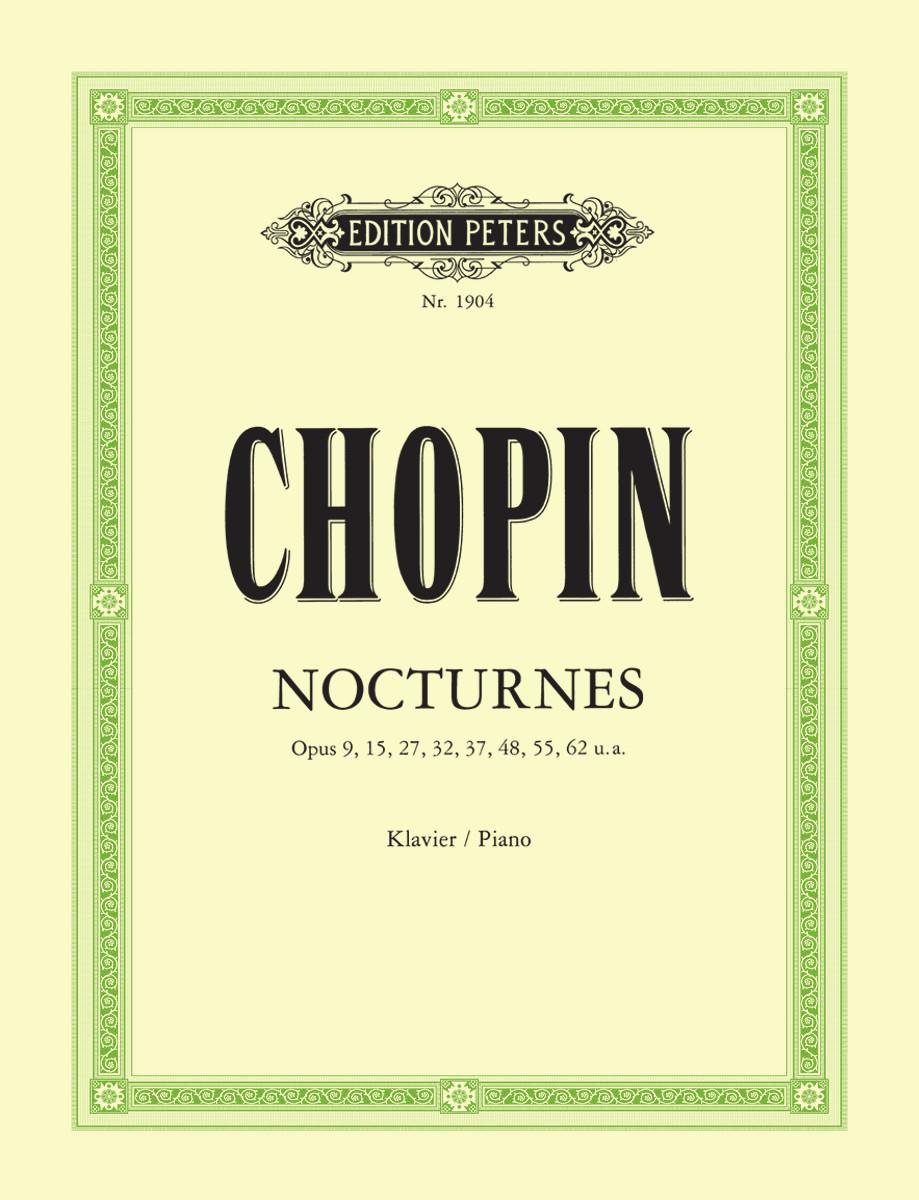 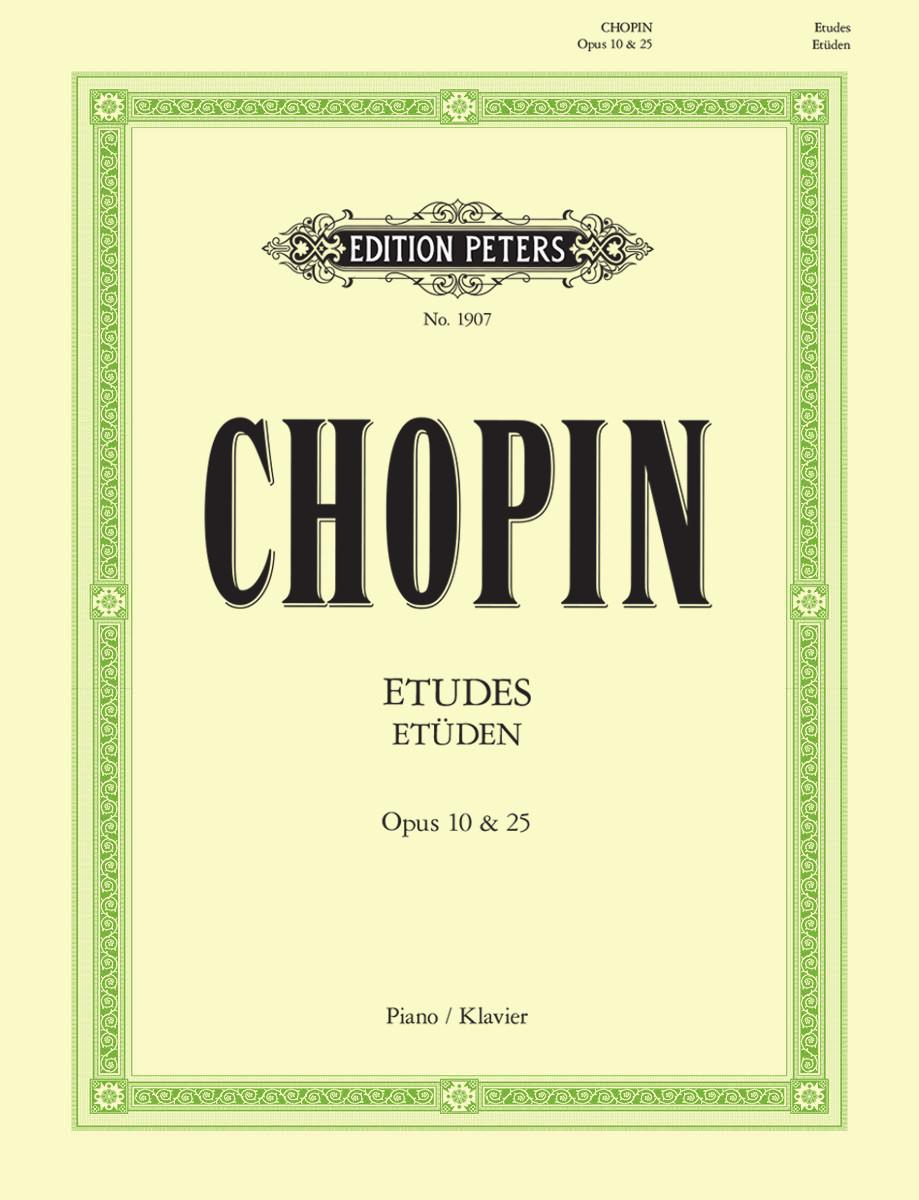 This is just one example of the philanthropic history of the company’s owners. This generosity of spirit from Max Abraham was also shared with his staff; he introduced a compulsory savings scheme, to which he contributed generously, started a pension scheme for employees at the company’s expense, and contributed towards his staff’s tax payments. In the 1880s, he was one of the first employers in Leipzig to instigate holidays, and at Christmas gave a bonus to any member of staff suffering hardship. 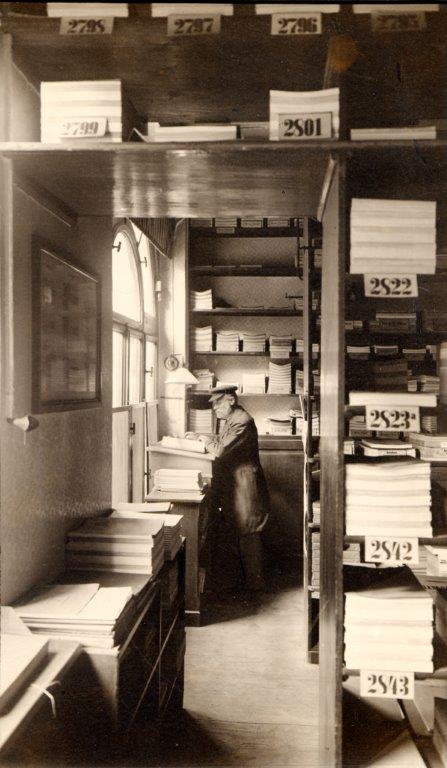 By 1874, Max Abraham and Edition Peters were based in their grand new home in Talstrasse 10, Leipzig. Designed by Otto Bruckwald, the architect of Wagner’s Festpielhaus in Bayreuth, Talstrasse 10 was a cultual landmark in the city, and many composers would visit Max Abraham and his nephew Henri Hinrichsen and his family. Their beautiful family dining room was home to many fascinating conversations with composers and evenings of music. This room has now been beautifully restored and is home to the Grieg museum.

It is the relationship between Max Abraham, Henri Hinrichsen and Edvard Grieg which stands out as totally unique in the history of music publishing. Grieg came to refer to Abraham as his adoptive father. The warmth of their relationship is chronicled in over 400 letters between publisher and composer. Abraham ensured Grieg had financial stability throughout his lifetime so he could concentrate fully on his composing. Grieg would stay with the family at Talstrasse 10 on his frequent visits to Leipzig, and composed sections of Peer Gynt whilst there. Grieg and his wife Nina holidayed across Europe with Abraham and later with Henri Hinrichsen and his family. Abraham paid for the land on which Grieg built his much longed-for home at Troldhaugen, Norway. All of Grieg’s works were published by Edition Peters and created immense success for both publsiher and composer.

Grieg wrote to Abraham on the 100th anniversary of the company in 1900, although Abraham was not destined to receive the letter, dying peacefully before it arrived:

… like a total picture from my inner eye, and this picture shows to me yet again the deep gratitude for the house of C.F. Peters and ist dear proprietor, from which I will be imbued until my dying breath… In deepest friendship also from my wife,
Your true friend, Edvard Grieg

By 1933 the company was continuing to thrive under the direction of Abraham’s nephew, Henri Hinrichsen. The Edition Peters green cover series was continally developing and the company was the first to issue an Urtext publication with its edition of J.S. Bach’s Two Part Inventions in 1933. Henri boldly aquired the publishing rights for Arnold Schoeberg’s Five Orchestral Pieces, Mahler’s 5th and 6th Symphonies and the orchestral tone poems of Richard Strauss.
Henri continued his uncle’s philanthropic actions, donating considerable sums to charitable and cultural causes in Leipzig and the rest of Germany. However, tragedy was about to change things forever. The company was one of the first to be aryanized by the National Socialists. Henri’s two eldest sons managed to escape – Max to London where he started Peters Edition Limited in 1938 and Walter to New York where he founded C.F. Peters Corporation.
Eleven members of the family, including Henri, perished in the Holocaust, and one surviving Hinrichsen family member gave a harrowing testimony of her time in five concentrations camps at the Nuremburg trials.

Leipzig was under Russian control and C.F Peters became the East German State music publishing house. A West German company was created in 1951 in Frankfurt. Meanwhile in London and New York, Max and Walter’s companies were hard at work sustaining their family’s heritage. Max fought a potentially crippling legal case against Novello & Co, who had challenged his ownership rights due to his father’s death in Auschwitz. This lead to a landmark ruling in the supreme court in his favour. By the mid 1950’s, Walter had made the audacious signings of John Cage and George Crumb and he one of the first US publishers to market his products in post war Japan. 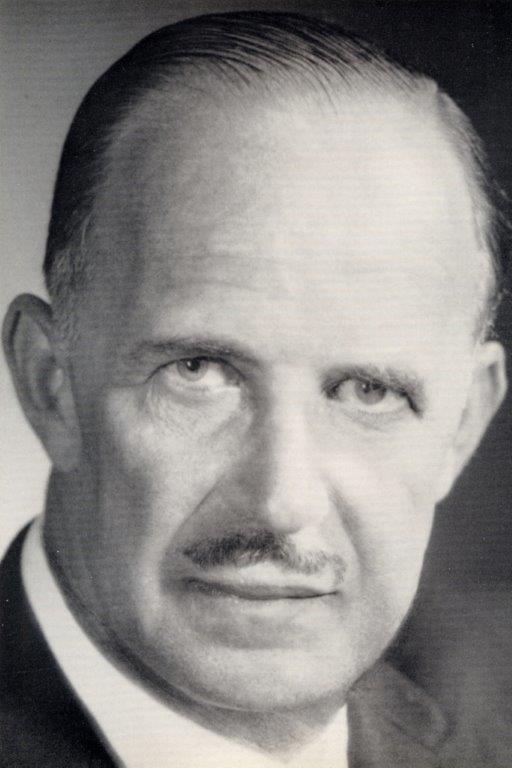 Throughout all of this mayhem and tragedy, the green cover series continued to be printed, distributed and developed. In 2010, the Edition Peters Group was founded, formally bringing together the individual companies under the shared ownership of the Hinrichsen Foundation in the UK and the heirs of Walter in the US. In October 2014, the Frankfurt company was closed and Edition Peters Germany made an emotional return to its home city and heimat in a beautifully restored Talstrasse 10.

In 2017 we are not only celebrating the green series but the technological innovation that was behind it. Edition Peters is innovating again, and just as seriously. Using Tido’s groundbreaking technology, we are releasing the very best of the series as enriched digital editions – fit for use by the next generation of musicians. Again we’ve started with piano as featured in Piano Masterworks, the first collection to appear on the Tido Music app. However this time around we are not only talking about the notation – we’ve added video tutorials and performances from world-class artists and specialists, first-class audio, brilliantly written contextual notes about the composers and their works, and some powerful practice tools. And the best thing is that it’s all in one place. The notation is the connective tissue that links all of these wonderful elements of music together: elements that have been kept apart until now!
And just like 150 years ago, we are making this content available at an impressive rate; we’re aiming to have 100 works in the collection by the end of 2017, and that‘s only the beginning…. To find out more, visit www.tidomusicapp.com and look out for new content as other publishers start to come on board.

This article is a very short introduction to the history of Edition Peters. To find out more there are two books written by Henri Hinrichsen’s grandaughter, Irene Lawford-Hinrichsen: Music Publishing and Patronage, C.F. Peters 1800 to the Holocaust and Five Hundred Years to Auschwitz.