Each spring, as many teachers do, I host an all-student studio recital, and while the protocol remains the same from year to year, several years ago something felt different. Before the recital, as I welcomed families, my students appeared extremely solemn. I appreciated their focus and seriousness for the event, but sensed a real lack of joy even after the performance when they could relax and enjoy the reception. Despite musically solid performances and a wonderfully supportive audience, the students acted as though they were off to the gallows rather than enjoying an afternoon of music and camaraderie with other pianists, family and friends.

The following week I asked them individually how they felt about their playing, which pieces they enjoyed hearing, general opinions about the event and suggestions for next year. Most said that everything was “fine” or simply shrugged their shoulders saying it was “just another recital”. Afterwards I began to wonder, why do we even have recitals like this? The standard format of a printed program with students performing their selected piece(s), bowing and then listening to the next student is quite the norm. It is certainly the protocol that I experienced in my youth, throughout undergraduate and graduate school, and now at professional recitals. Yet more often than not, the result of these experiences is a somber stiffness in not only the students but also in the music. Where is the life? Where is the relevancy? Is it left at home? Is it abandoned backstage? Is this the trade off for a formal performance? Has performing always been this way? Surely this cannot be the norm. 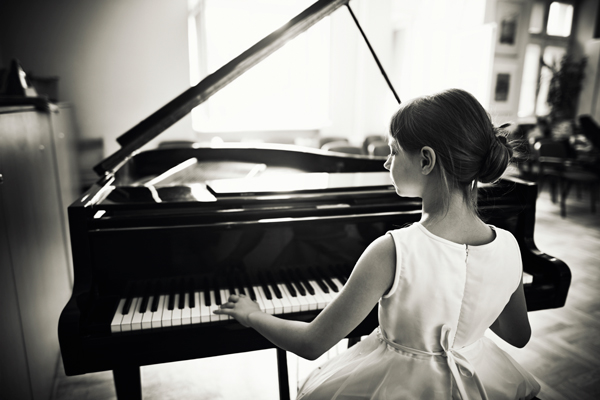 Kenneth Hamilton’s book After the Golden Age: Romantic Pianism and Modern Performance sheds an interesting light on the historical nature of piano performance. He declares that, “Our current standard recital is, in terms of programming, performance style, and etiquette, very much a product of the 20th Century” in which an artist performs an entire concert of composed works.1 The atmospheres of 19th-century performances could not have been more different than those of the present day. More intimate settings such as salons, a semi-private recital at a residence/smaller performance space, as well as large public performances, were the norm. It was common for performers such as Franz Liszt to “share the stage regularly with other artists, to prelude before pieces, and to showcase improvisations on themes provided by the audience as the climax of the event”.2 Visiting and engaging with members of the audience between pieces was not uncommon either3—quite a change from our present day performance decorum!

Yet, unlike current performance practices, in which the performer rarely deviates from the score, aside for perhaps ornamentation, Romanic Era performances relied heavily on preluding and improvisation. In fact, creating an improvised introduction (a prelude) was considered “a sign of musical good manners” as well as reminding the audience “that the player too was a creative artist”.4 How interesting it must have been to be an audience member and hear these creations, whether moving, mediocre, or even mundane. The spontaneity of these moments, no matter how well thought out in advance, must have added a unique element of personality, creativity and life to the music and environment.

At the dawn of the 20th-century, intimate gatherings for music performance were a constant presence in French social life. In addition to the salons of the upper class, the middle class held their own small receptions in the afternoon. A staple of social life until 1930’s, a hostess or her daughter would provide music for the reception, also known as matinees or an hour of music. Light refreshments would be served and guests were encouraged to perform, particularly if they were composers or musicians.5

While a variety of factors such as technological advances, changing social class roles, and the rise of popular culture may explain the demise of salons and matinees, as well as the art of improvising, there is no denying that, at their heart, these events represent just how culturally and socially relevant they were to their time. The performances evolved along with the performers and audiences rather than remaining ancient relics of the past. Quite simply, the music became a living, breathing and thriving entity when incorporated into daily life.

And in daily life, whether we are consciously aware of it or not, expectations and norms do influence our behaviours, especially as musicians. For example, if past audiences expected a performer to improvise, then often the performer did so. If current audiences expect a historically accurate performance in which a specific baroque aesthetic is achieved in a Bach Prelude, quite often the performer strives for this.

Similarly, expectations can influence our evolution as a teacher and affect our student’s musical growth. With most audiences consisting of parents, relatives and friends, it is easy to facilitate performances that resonate with their expectations rather than exploring new performance ideas that might be equally valid and even more relevant to a student’s life. More often than not, the picturesque venue with a grand piano, memorised pieces, students dressed in their best, and countless pictures to share with family is a scene reminiscent of a parent’s or grandparent’s childhood recital experiences, or at least a scene many associate with piano recitals. (And, I will confess, the very scenario I have my students participate in with spring recitals.) Yet, how relevant is this experience to a student’s life and overall musical development, particularly if the end result is a somber atmosphere and lifeless playing? If our goal as teachers is to enrich daily lives through artistic expression while fostering the love of music, developing a solid foundation of skills and inspiring curiosity for continued music study, then how can we create opportunities for students that promote these characteristics beyond a traditional recital?

This very dilemma prompted me to ask students of all ages, levels, and abilities the following question: “What is a good way to share your music aside from a studio recital?” Many who do well performing in festivals, competitions and exams were ambivalent, not really having an interest in trying anything different. However, a spark of curiosity was generated in others. The idea of preparing music for something other than a traditional recital, festival or exam was intriguing, most surprisingly to me, to students who are slower learners and/or suffer from performance anxiety. While not having a concrete idea of what exactly to explore, they were truly interesting in exploring something different. It was truly a humbling teaching moment. The desire to share music, but not necessarily in the most traditional, standard way, is strong for many students. To deny them these opportunities, or at least fail to explore them, inhibits their artistic development and personal growth.

Reaching beyond the typical recitals, festivals and exams that students participate in is not always a clearly defined path. It can mean different avenues for different individuals. With solid musicianship leading the helm, in my studio this meandering route includes exploring works for piano and narrator in which students collaborated with their non-pianist friends, recording the primo or secondo part of a duet in order for a student to perform it outside of a lesson, assisting in the arrangement of pieces to be included in school projects, and exploring the use of technology in the creation of new performance platforms. While not having the same sense of clout as a prize in a festival or an exam score, the inclusion of these types of activities is equally important in a student’s musical development. By providing a sense of relevancy to daily life, students are reminded that performing is not reserved for just occasional formal events. Long after high school graduation, these are the opportunities that foster life long learning and involvement in the arts regardless of a student’s future career path.

We hear that classical music and studying music is dying in our society. Yet, when comparing the roles of music in daily life during the 19th-century and early 20th-century, in which the personality of the performer, social atmosphere, and relevancy to daily life permeated the environment —versus today, in which the formal, silent, austere environment of the recital hall template is the standard, is it any wonder that this decline is happening? This does not have to be the norm. Teachers can be the catalyst to ensure that performing continues to evolve into and with the 21st-century. Music cannot survive in a vacuum and encouraging new programming ideas is one way to keep music alive, maintain its relevancy and foster life-long evolvement. While traditional recitals still play a valuable role in the piano studio, there are many exciting opportunities awaiting discovery by both teachers and students…bold new opportunities for a generation full of energy, endless curiosity, and boundless possibilities.

Written By
Autumn L. Zander
0 replies on “Beyond Recitals: Perspectives on Performances for the Next Generation”